Falassarna is a long sandy beach with wonderful sunsets. It has been voted for Best Beach of Greece for 2002. There are several beaches in the Falassarna bay: 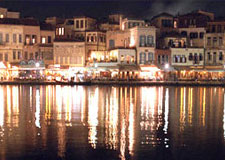 Chania City is the most poetic city of Crete when you walk through it leaves you with a pleasant taste of beauty. Built on the ruins of ancient Kidonia it has seen and survived many invaders, but has also tasted civilizations that left their marks on building faces, castles, walls, antiquities, monasteries and churches.

The city has two entrances: the airport of Akrotiri, and the port of Souda (the largest in the Mediterranean). The public market holds a master place in the centre of the city, a brilliant cross-shaped building that was completed in 1913, and in proportion with the one in Marseilles.

Near the city centre the Public Garden awaits you next to the "Peace and Friendship of the people" park. The gardens are the prettiest in Crete, and also the public garden offers a small zoo with animals from Cretan fauna.

The Venetian port picturesque any time and season is attractive to visitors and locals, for it’s beauty and for it’s choices of entertainment for all tastes and demands. The old city "intramural" districts preserve their Venetian nobility. Narrow paved alleys are surrounded with tasteful renewed houses, from various ages, are offered for a pleasant walk. Many neoclassic houses are also saved in districts which "neighbour" with the city of Chania, like Halepa.

The museum is housed in the katholikon of the Venetian monastery of St. Francis. During the period of the Turkish occupation it was the Muslim mosque of Yussuf Pasha, while in modern times it was used as a cinema or a storehouse for military equipment. Since 1963 it has been functioning as the Archaeological Museum of the city.

Apart from the permanent exhibition, the museum houses temporary exhibitions in the frame of certain local events (such as the exhibition of musical instruments or on the birth of writing), as well as music concerts. 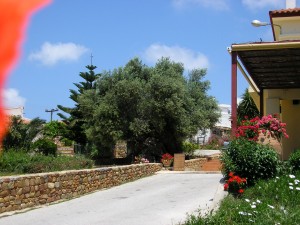